At the Panther Tales student news we were very pleased to watch our school’s performance of the musical, Grease. Of course, there were other schools involved, the play was a team effort with RHS and Santa Maria High School. The entertaining play was performed outside at the PVHS campus quad stage. Grease is a classic American musical set in the 1950’s iconic Rock’n Roll era. The students were adorned with leather jackets, bright skirts and big hair. Bring your Kleenex because this is a wonderful love story with plenty of singing and dancing. Panther Tales might have to rate the play PG-13 or above because there was plenty of drinking, smoking, violence and sexual joking/gestures – unfortunately this could be a realistic depiction of high school culture. Either way, Grease gets an A++ for entertainment value and all the hard work put in by the drama team. We highly recommend the community come out at check it out. Tickets can be purchased here.

From what we could see the cast is made up of the following student actors. Makai as Danny Zuko, Karen as Sandy Dumbrowski, Brian as Kenickie, Leia as Rizzo, Hunter as Doody, Olivia as Frenchie, Ricardo as Roger, Jasmine as Jan, Angelina as Sonny Latierri, and Alexa as Marty. Anne as Cha-Cha Digregorio, Alythia as Eugene, Emma as Patty Simcox, Demi as Mrs. Lynch, Jayden as Teen Angel, Nathaniel as Vince Fontaine, and Timothy as Johnny Casino. The doowaps are Odessa, Elle, Ximena, Vanessa, Loriza, Remington, Charleigh and Lizbeth. Some of the extra greasers are Lin, Jay, Anthony, Jayden, Timothy, Nathaniel, Blanca, Cindy, Anaiz, and the doowappers. The student directors are Abigail and Jesus. 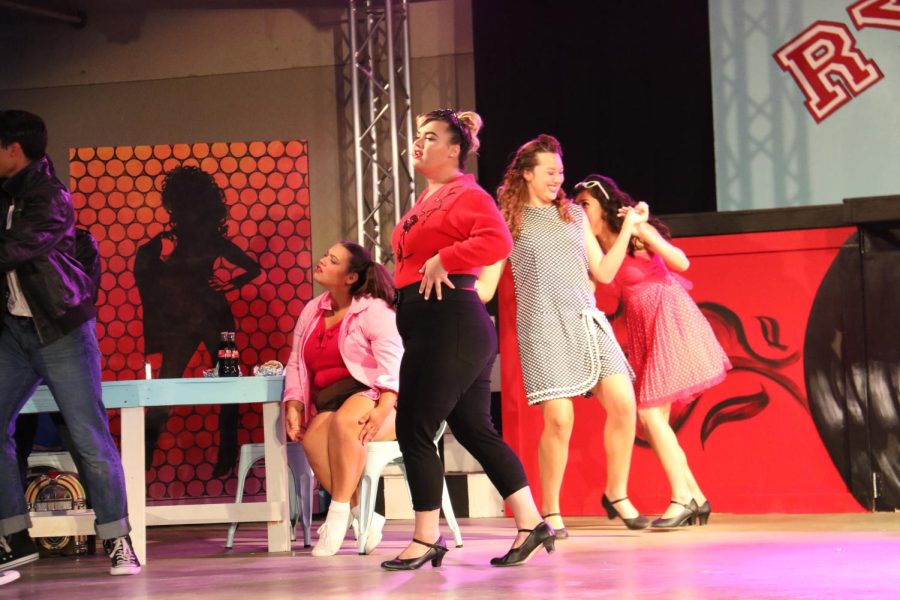