On The Spot Performers

The drama students really did a good job in acting out jokes and games that people can participate in. Sabrina, professional acting coach, is one of the people who were helping this group of students during their rehearsals and during their show that night. She is the one who introduced them the games she would play with her improv group. Some of the games that were done are Freeze Tag, Tableau, New Choice, Pannel left Pannel right, Dr. Know it all, Yeah Yeah Yeah, Conducting Story, Arms Expert, Dating Game, Moving Bodies, Fill in the Blank, Pannel of Experts, Serious Activity, No Excuses, and Slide Show. In a few of the photos you can see that some of actors are actually sitting down. In the game, Dating Game, they actually are sitting down trying to make it seem like a dating show. As you can also see, in a few photos, Hunter McCormick is actually acting while someone is controlling his hands. Most of the games needed participation from the audience so that they are able to make something up ON THE SPOT, which is also the logo and name for the show. They sure hope that more people would come and also join them in being an improv performer next time. They will also try to showcase another show before their big play, Grease, so that they can try to get more people by next year. Also, Grease will be out on the ending of April and beginning of May. This will be a collaboration with students from Righetti and Santa Maria High School. They hope to see you there! 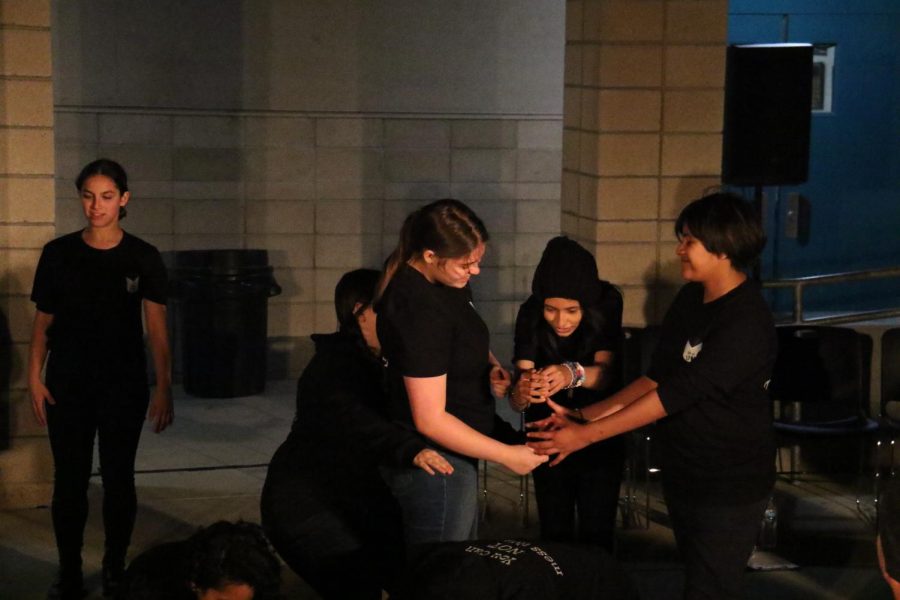