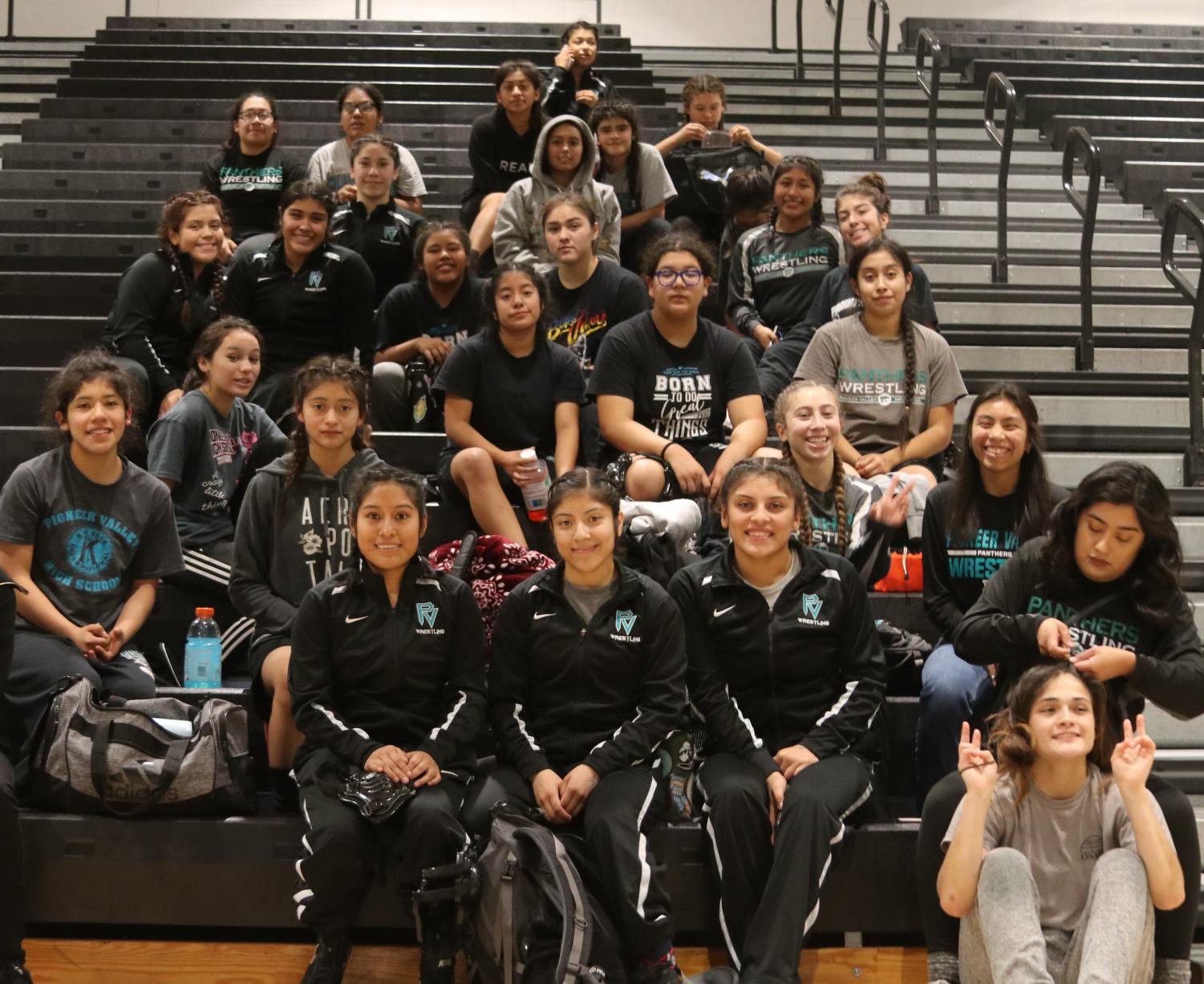 For most wrestling is a really hard sport but for these girls, it is their passion. Some are completely new to sport while others have been doing it their entire life. At every match they have to give it their all and put in the hard work they have done since the beginning of the season. Everyone has a different strategy on how to wrestle the other schools and are also wrestling to place but in the end they all just want to make their school proud by winning titles and being champions. 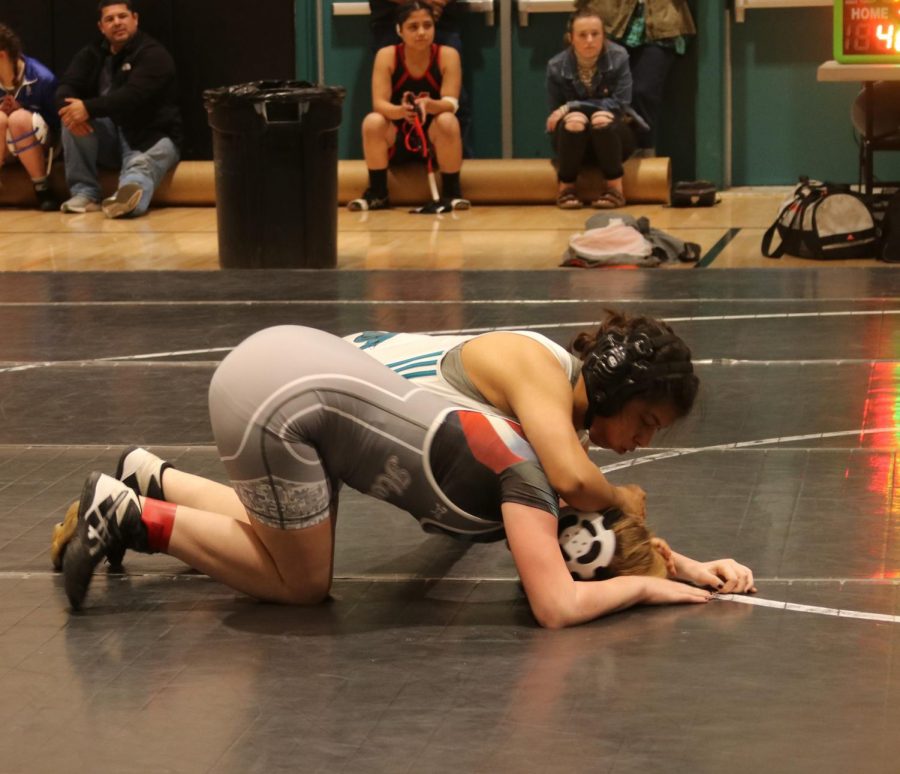 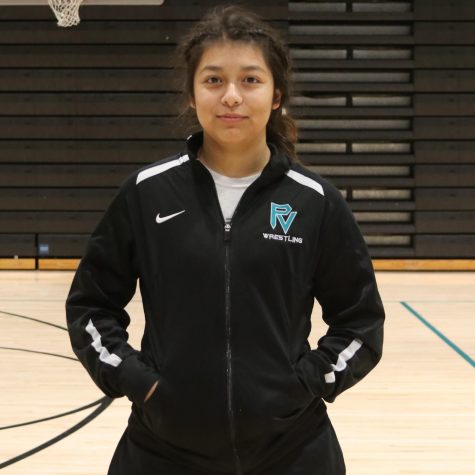 “I feel sad that this is my last season doing wrestling and that I won’t get to be with my friends and teammates. I decided to do wrestling because I had a friend that doubt it me that I wouldn’t be able to do wrestling so I did wrestling and proved my friend wrong. My season is going go but I feel like it could be going better right though. To get mentally prepared before my match I just try to clear my mind and tell myself I’m going to wrestle next.” Yesica Belmonte (12) 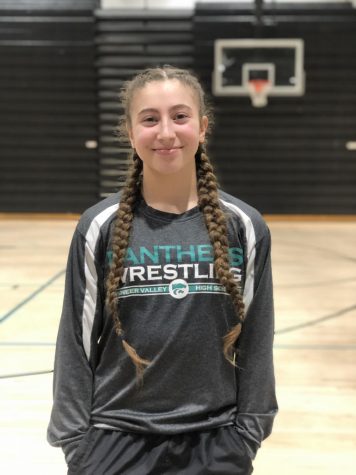 “I decided to do wrestling because I wanted to try a challenge, something that was difficult to see where it would take me. My season so far is going really good, I’ve been beating most of my matches. Last week I wrestled this state placer who got 3rd place last year in state and I almost beat her but I did something wrong but maybe next time I will. My goal for this season is to place at state. One advice I would give to a person who wants to try out for wrestling for the first time would be to not be scared of getting hurt, and if you put your mind to it you can do whatever you want and it will happen.” Shanthie Del Toro (10) 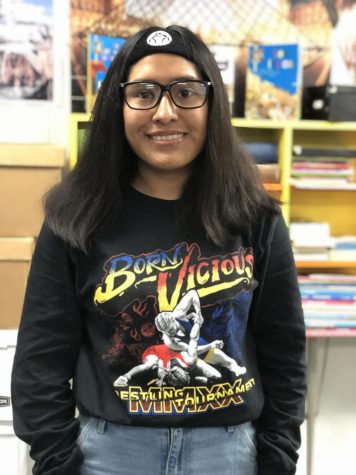 “This being my last year is kind of sad because I know I’m not going to wrestle anymore with my teammates once I graduate. This season is going to be a memorable one because looking back at my freshman year when it was my first year doing wrestling up until now I’ve seen how much I’ve improved. Wrestling has taught me discipline like for example, I like to eat a lot of junk food but when I started wrestling I learned that I couldn’t do that anymore and had to learn how to go on diets for 3 months. I actually like it now because I feel more energetic at school then I use to be. Wrestling has also taught me to not give up because before wrestling whenever I couldn’t do something I would just give up but now whenever something difficult comes my way I try my hardest to not give up.” Patty Camilo (12) 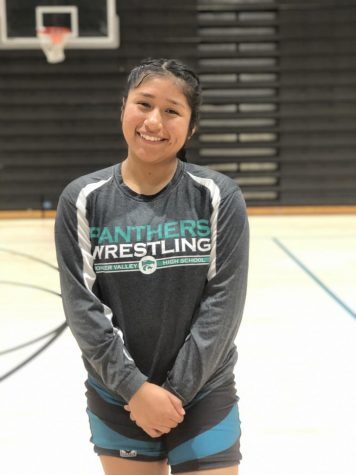 “I decided to do wrestling because my oldest sister did wrestling and I wanted to follow her footsteps. My first season is going really well, I like all my coaches and teammates. My goal for the rest of the season is to be in weight, lift more and to get better with my techniques. When I’m wrestling I think about all the hard work I’ve put in throughout the season. I get pumped up when I’m wrestling when my teammates are cheering for me and are hyping me up and when my sister calls me to wish me luck  before my matches. My advice for people who are new to the sport or are deciding whether to do it or not is that it is really fun, you get close to everyone in the team, get to meet new people, you also get to travel a lot and meet new places.” Ashlie Hernandez (9) 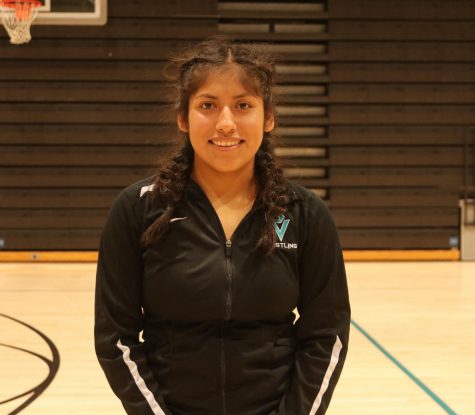 “I have been doing wrestling for all four years and each year things started to get a little bit more challenging because every year I had to go to bigger tournaments with tougher girls. It’s pretty crazy to think that I’m a senior already because everything flew by really quick but I’m really excited for this season. I joined wrestling because ever since freshman year my friends and I wanted to do it and so we just came into the program. Before any of my matches I like to just relax, warm up and pray before I go into the mat. My advice to new people would be to never give up and always have hope and faith that everything will work out because you’re never going to beat everyone you wrestle since some girls might have more experience than you because they’ve been wrestling ever since they were little.” Alejandra Lopez (12)