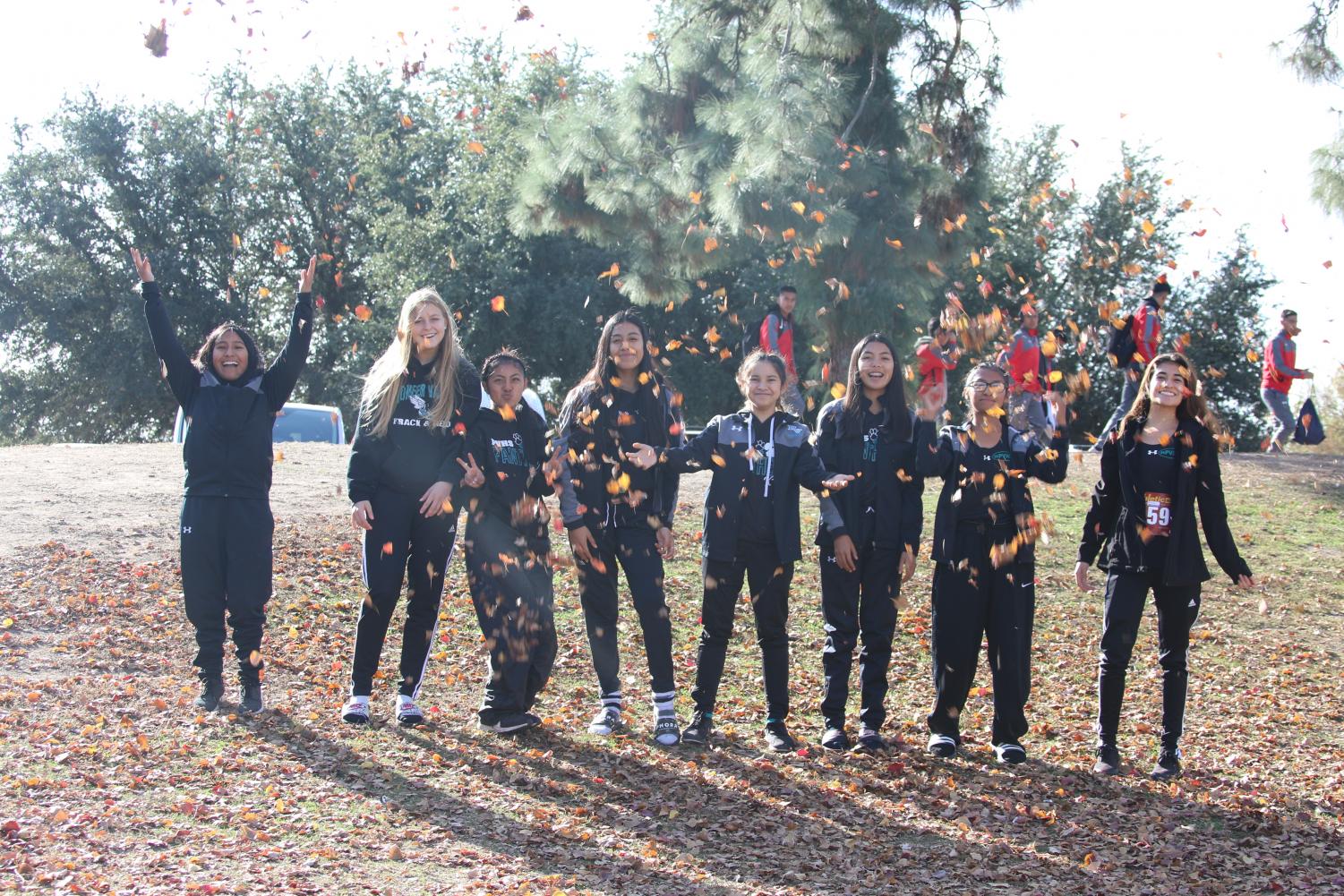 Throughout the Season the team prepared for the most important race of the Season and it finally arrived. The team got ready for the race in Woodward Park Fresno. These runners worked really hard to do great in this race and gave it their all. The Girls Varsity team was lead by Stephannie Jimenez who also broke the School Record with a time of (21:33). The Boys Varsity team was lead by Cresencio  Chavez with a time of (17:48).  Many of the runners were sad the season came to end but felt proud of all of their accomplishments. 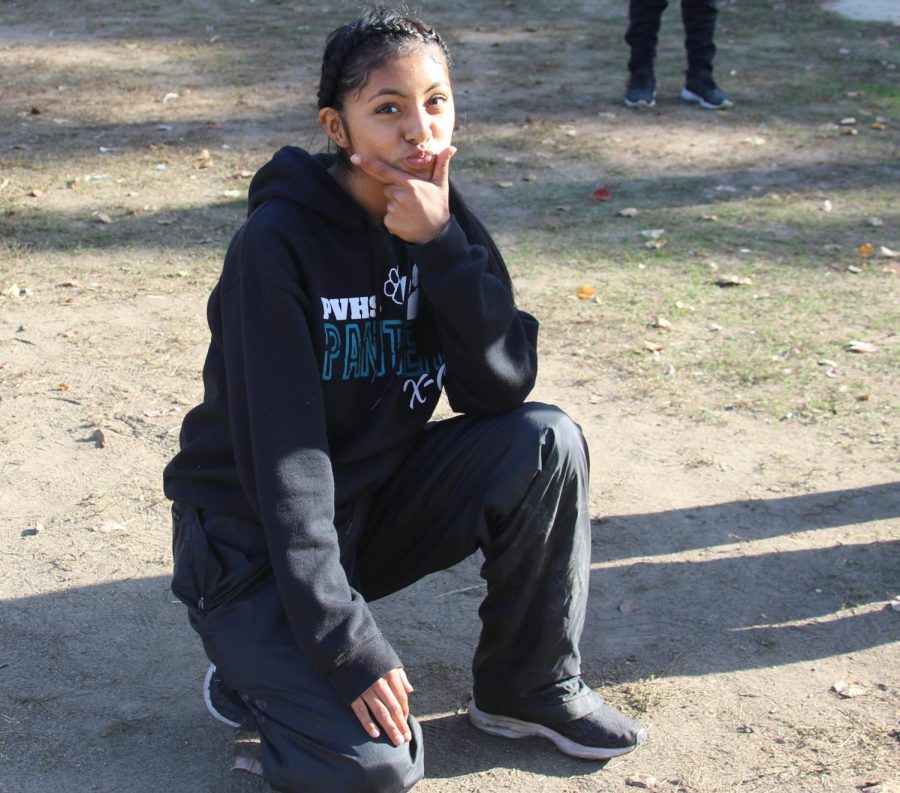 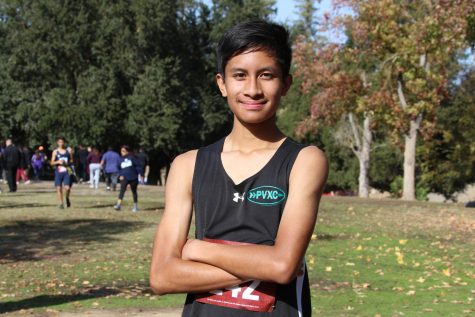 “I feel like I did pretty good for my first time doing Cross Country in high school. I pushed myself throughout the season and I really feel a difference from the first day I came out to run compare to where I am today. I got a lot of help from my teammates like Teto and my other friends as well. I wasn’t planning on doing Cross Country this year but I did and I’m glad I actually tried it because I feel better and more conditioned for Track. My friends and family motivated me to come out to Cross Country and I also wanted to be in shape for when Track season came. When I run I remember back to when I was little and I would do the city meets and the reason I think of the specifically is because since I was little my dream has always been to be able to run and push myself. My advice to new runners is to never give up and keep running because you’ll improve it ust takes time, have fun and run with your heart. Now that season is over I want to start conditioning for Track.” Adan Piña (11) 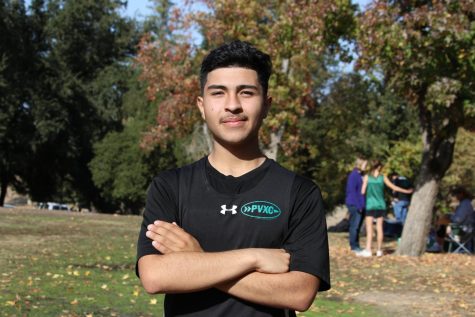 “I really enjoyed my first season doing Cross Country especially with the people I got to share this experience with. For my first year doing Cross Country I feel like it went well and I just can’t wait for next year but I’m sad the Seniors are leaving. I’m really that I was able to finish the season because earlier in the season I was at a point where I wanted to just quit but the people in the team motivated me to keep going and push myself. Before the race I was really nervous and I honestly thought I was going to be the last person in the race but during the race I felt good. My advice for new runners is to not stop or give up. People think that they’re going to get tired so they should just stop nut no that’s just your brain trying to convince you to stop and unless you’re cramping up you should keep going because it’s all mental and you can just push through it. My main motivation for joining Cross Country was my sister because she did it when she was in high school to condition for Wrestling.” Antonio Ramirez (10) 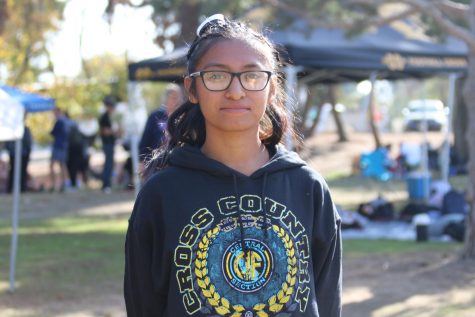 “Even though I didn’t get to run as many races because I started late I still think this season went well. I had a lot of fun and was shocked that I made it in the Varsity team but I’m glad I’m here running at CIF. This being my first time running at CIF feels amazing and I get to have more fun and even asked a guy for his Snap for my friend. I’m really proud that I was able to put in a lot of effort and push myself in most races with or without my inhaler. Now that the season is over I want to do wrestling and try out Track and Field for the first time. Before the race I was so nervous my heart was beating really fast and I was sweating so much. My first thought at the starting line was that I wasn’t going to be able to make it to the finish line and was thinking of giving up already but luckily I didn’t let those thoughts get in my head and was able to push through and finish. My family, brother and friends motivated me to finish the race.” Ana Flores (11) 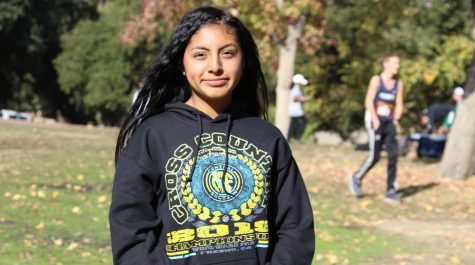 “I feel proud of myself because it’s crazy being a freshman and improving a lot since the summer and seeing how far I’ve come with amazing people. I feel amazed with breaking the record because I remember at the finish line I saw five girls in front of me and I was like, “I’m about to catch them and see how many I can pass”. It was really crazy and I couldn’t feel my legs but it’s fine I’m good and tomorrow I know I’m gonna be really sore. At the starting line I thought I was cramping but I didn’t let that get in the way because I knew it was just my mind. My teammates and friends who were not physically there but were sending me Good luck messages motivated me to keep pushing throughout the race and hills. Its sad to see that season has come to an end but now that is over I want to try Wrestling and focus on Marching band then Concert band and get ready for Track season! I’m really excited for that! Also now that the season is over I wanna eat spicy food because during season I couldn’t and had to eat pasta constantly to keep me in good shape but now I can eat whatever I want until Track starts. My advice for new runners is that anything is possible and that in this team you will always have people to motivate you and don’t put yourself down if you think you did bad because you may have done amazing and it’s just your mind playing with you.” Stephannie Jimenez (9) 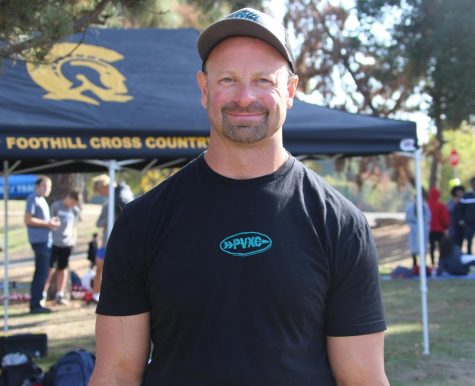 “I’m sad that the season is over but I’m really happy of how we ended here today in Fresno at the CIF championships because 11 of the 14 runners set PRs on Woodward Park which is a challenging course. I’m really excited for the kids because they worked really hard throughout the season and very few kids are graduating so I wish the graduates luck in the future. Everyone else who is coming back, I’m really looking forward to our season next year. I’ve been an assistant coach before but this was my first time coaching for Cross Country at Pioneer Valley and being the Head Coach and it was great and I enjoyed it. I feel like the team really got together as the season progressed and got closer, worked harder and pushed each other and I feel like it was a positive experience for everyone. My advice for new incomers is that they actually do some running over the summer and come to the summer training because we’re going to have a different kind of summer training program next year. My other advice is for them to listen and push themselves throughout the season because it is a very long season and they’ll have a lot of time to improve.” Coach Magni