A Complicated Dance of Deceit

Vaping has always been a big issue to address, mainly due to the fact that students tend to have exposure to heavy metals may cause flu-like symptoms, lung damage, and even cancer in some cases. Tune out all the speakers brought to our school to warn us of the harms vaping may cause. Teens don’t even bother to read all the posters hung up with facts on vaping risks. Teens- even though we don’t like to admit it can be very naïve, believing that if they vape they couldn’t possibly get hurt. This topic of vaping is known as an underground epidemic at PV, some students buy them in the form of a Pen, Juul, USBs, Box Mods, and even Suorin drops. These marketeers who issue these aerosols advertise them in a sense that it’s cool and safe. They give out a various range of designs and colors that appear friendly. These distributors have candy flavors that they unveil as mild. When in fact doctors have found that even the flavors like strawberry or cotton candy contains 0.2% or 2.5mg of nicotine. Experts say that vaping is supposed to be a healthy alternative for ADULTS ONLY because they have finished with their mental growth and therefore they are less likely to be harmed in any serious way, but for teens it’s a whole different story. Teens aren’t done developing which means that our brains are still wired and going through the process of major growth, and vaping puts our brings our growth to a halt. The idea of ” it takes someone close to us being harmed or worse-dying, for us to finally act” is the stage that we are approaching. I want to raise awareness on what these small machines can do to your life.

Flavors aren’t just flavors they only mask the taste of tobacco – making it easier for people to smoke it.
Four out of five people move onto tobacco from flavors due to the tobacco still in flavors.
Nicotine cause rewiring in your brain resulting in anxiety, learning difficulties, irritability, mood swings, and being impulsive
About 3 million—or 20 percent—of high school students are vaping, according to the findings. In contrast, last year 1.73 million—or 11.7 percent—used e-cigarettes, according to recently published federal data.
Vaping illnesses across the country are thought to be-out of suspicion, having to do with black-market marijuana vaping products.
A 17 year old boy from the Bronx, was the youngest patient to pass away this year-in his vape were the findings of marijuana that contained THC, THC is a psychoactive ingredient.

Nicotine dependence can lead the disruption in the brain development and chemistry
Increases the shortness in breath, causing coughing, and fevers
It may also cause an acid reflex
Higher likelihood of contracting lipoid pneumonia, which occurs when fatty substances are inhaled into the lungs.
Glycol and Glycerol are toxic chemicals that are contained in vaporizing marijuana that have been liked to cancer, respiratory disease, and heart disease.
A report in BMJ last year, using data from several federal agencies, found there were roughly 2,035 e-cigarette explosion and burn injuries in the United States from 2015 to 2017.

The Wall Street Journal on Monday reported that federal authorities announced a criminal investigation on Juul
As of September 27, 2019 the total number of cases is 805, a 52% increase from last week’s 530 reported cases. It is unclear when symptoms began in the new cases, as the CDC has not made that information available
Juul is uniquely designed to deliver heavier amounts of nicotine into the bloodstream
Juul is wildly popular with teens because they are tech friendly and easy to hide
Metals like aluminum, lead, iron, zine, etc. are linked to heart, liver, lung, and brain damage

California, New York, Massachusetts, Rhode Island, Washington, Michigan, Illinois, and Delaware are the states that have enacted vaping bans so far
Vaping causes cancerous tumor development
Nicotine addiction is notoriously difficult to reverse, and addiction to e-cigarettes can lead to using other nicotine products, including smoked cigarettes, as well as alcohol and other drugs
Side effects include: dry mouth, dizziness, cough, dry skin, and itchiness

These small and compact devices deliver a low vapor production – allowing vapors to receive a substantial nicotine hit without producing huge clouds or having to take a long pull.

There is no tar in vaping liquids. Many of the e-liquids used in vaping devices contain nicotine. Nicotine can lead to circulation problems as well as heart disease. 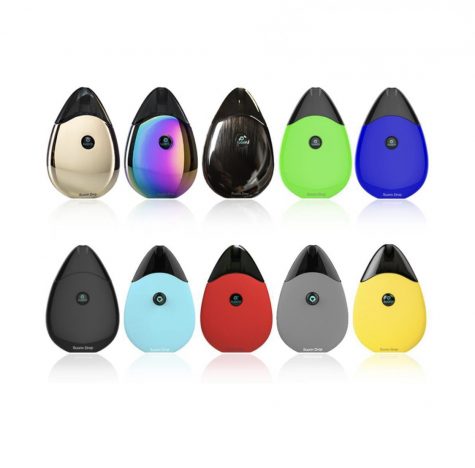 Exposure to heavy metals may cause flu-like symptoms, lung damage, and even cancer in some cases. 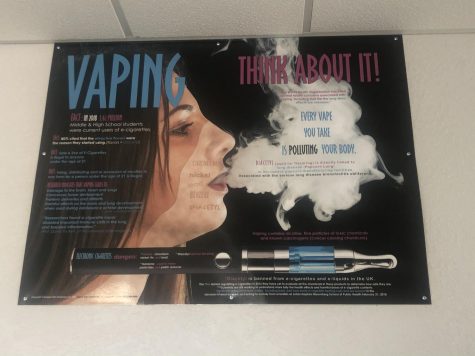 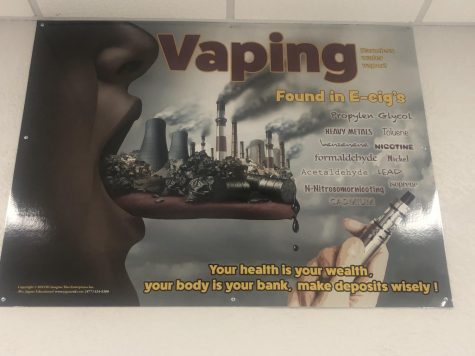 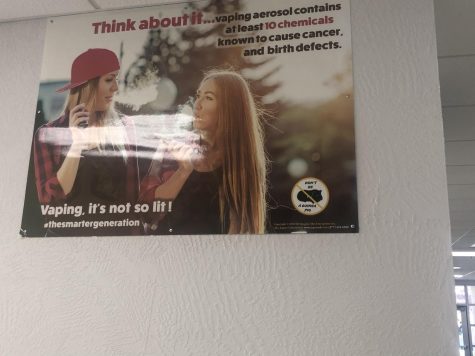